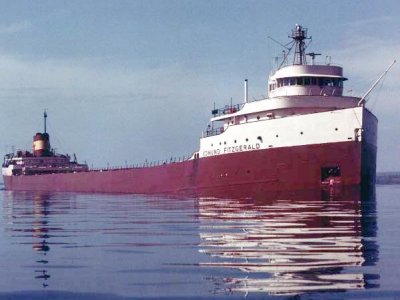 Novermber 10th, 2022 is the 47th anniversary of the sinking of the Edmund Fitzgerald. Every year, on November 10th and the days around it, there are commemorative services and other programs to remember the ship and the men who lost their lives. Many events are virtual this year and, while we will miss the tours and programs that wan't go on as usual, the virtual events will open them up to a much wider audience. Check out the schedule of events listed below and mark your calendars!

You can find information about the events at the following links: the Great Lakes Shipwreck Museum - link to view event (Nov 10 7pm, virtual), the Dossin Great Lakes Museum (Detroit Historical Society) Nov 10 6:00 - 8:00 pm (in person, livestream also available), the Split Rock Lighthouse Edmund Fitzgerald Memorial Beacon Lighting (Minnesota Historical Society) Nov 10 10am - 6pm (in person; note temporary closing of lighthouse at 4:30pm for reading of the names and beacon lighting), and the National Museum of the Great Lakes (No information available at this time). There is also a memorial service at Mariners' Church (in the song referred to as the "Maritime Sailors' Cathedral") on the Sunday before or after the anniverary of the event. This year it is on November 13th at 3pm: The Great Lakes Memorial Service. Note that the service will be available to livestream on their YouTube channel. 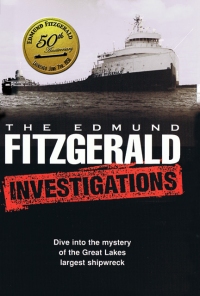 Several years later, he also changed the word "musty" to "rustic" in the final verse, in deference to the church referenced, which is actually named Mariners' Church.