East of Midnight, Waiting for You and A Painter Passing Through on 2 CD Set 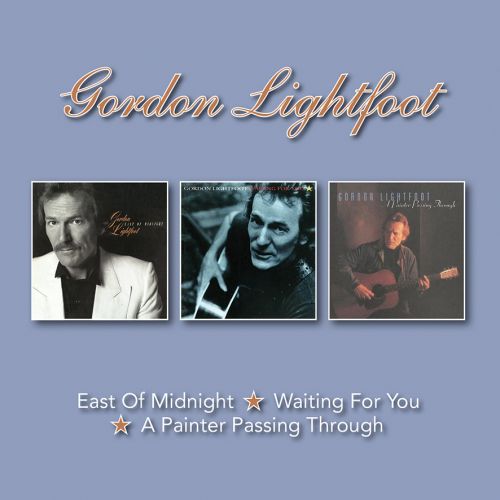 There's a new import 2 CD set with the three original albums from the late 1980s and 1990s, all of which had been out of print and very difficult to find. They are East of Midnight, Waiting for You and A Painter Passing Through. In this new set, the first CD contains the first two albums; the second CD contains just the third album. I am excited to have this set available for purchase from my store: Buy from Val. This is a UK import, so UK fans might want to buy from Amazon UK, where the price and shipping are probably better for you.

Interestingly, the Waiting For You album was rereleased by Warner shortly before the import set became available; a sort of "right hand doesn't know what the left hand is doing" situation. The Warner-licensed 3 album set competes with their own Waiting for You reissue, and the price is only slightly more. So, if you need more than just the Waiting for You album, the set is the better buy. I have both in my store.